I got quite a few positive reactions to my last post about how to do deadhost collections, so I thought I wanted to follow it up with another post about how to create a standalone collector that can collect artefacts from a running host using Velociraptor.

Velociraptor is an awesome DFIR tool made to efficiently get visibility into endpoints. It can be run in a server/agent setup, essentially working as an EDR with thousands of hosts, and it can also be used as a standalone artefact collector.

A standalone collector is an executable that is handy in situations where Velociraptor or other kinds of collection tools are not deployed in the environment. It could be that a consultant responding to an incident wants to give the client sysadmin a quick way to collect artefacts from a suspicious host without tool deployment.

Velociraptor made it quite easy to create a collector without having to setup a lot beforehand. After downloading the Velociraptor executable from their github page we can run the executable using the gui parameter. This will give us the Velociraptor web page, as if we were running it in server mode.

This will also automatically open up the default browser to the Velociraptor web page. 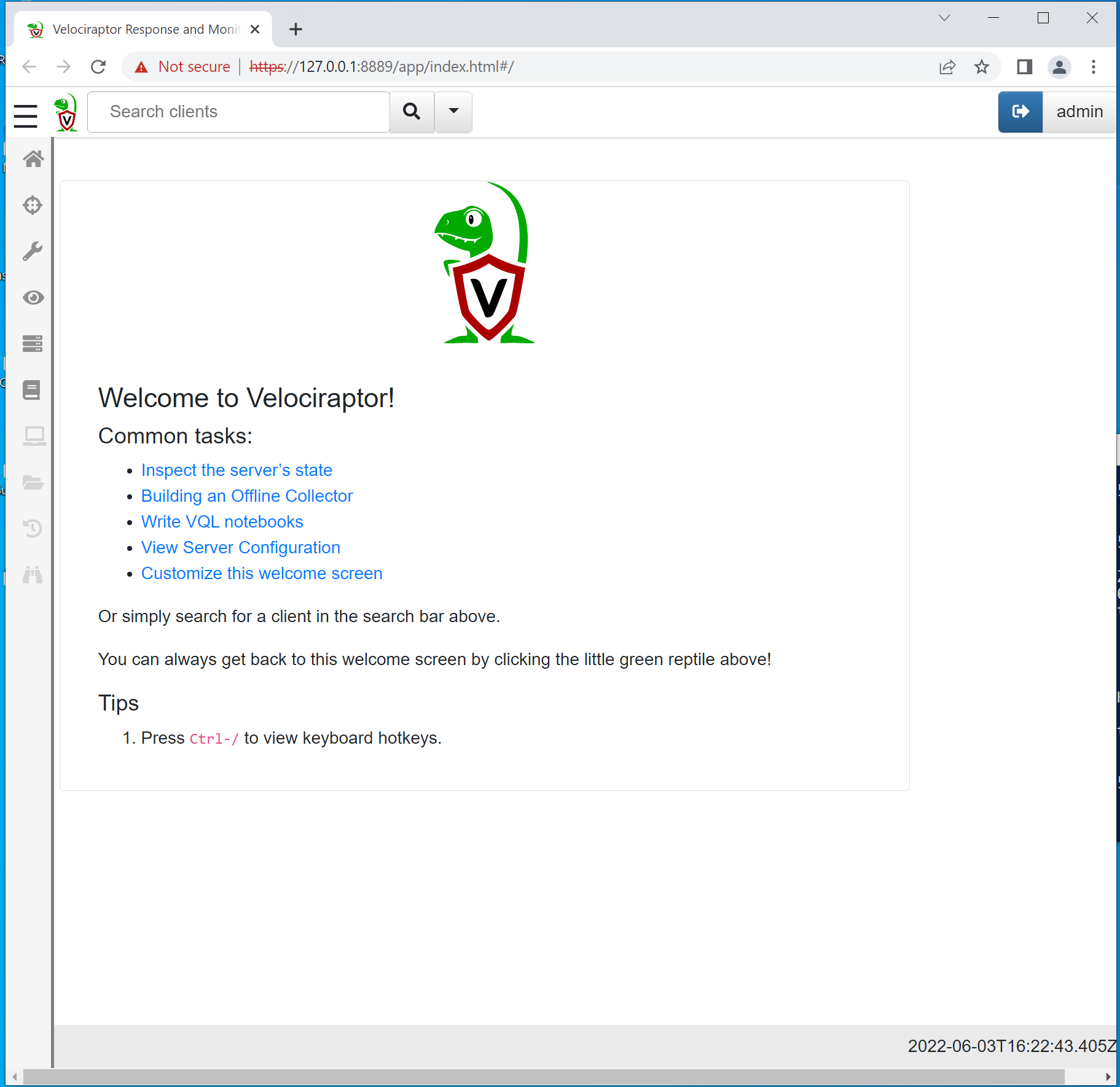 We are now ready to create the collector.

Once the Velociraptor executable is running in gui mode, we will be able to use to use its capabilities to create a standalone collector.

To do this we will go to the Server Artifacts menu tab and press the small paper plain icon called Create offline Collector. This will open op a menu with the different default artefacts Velociraptor is capable of collecting from hosts. 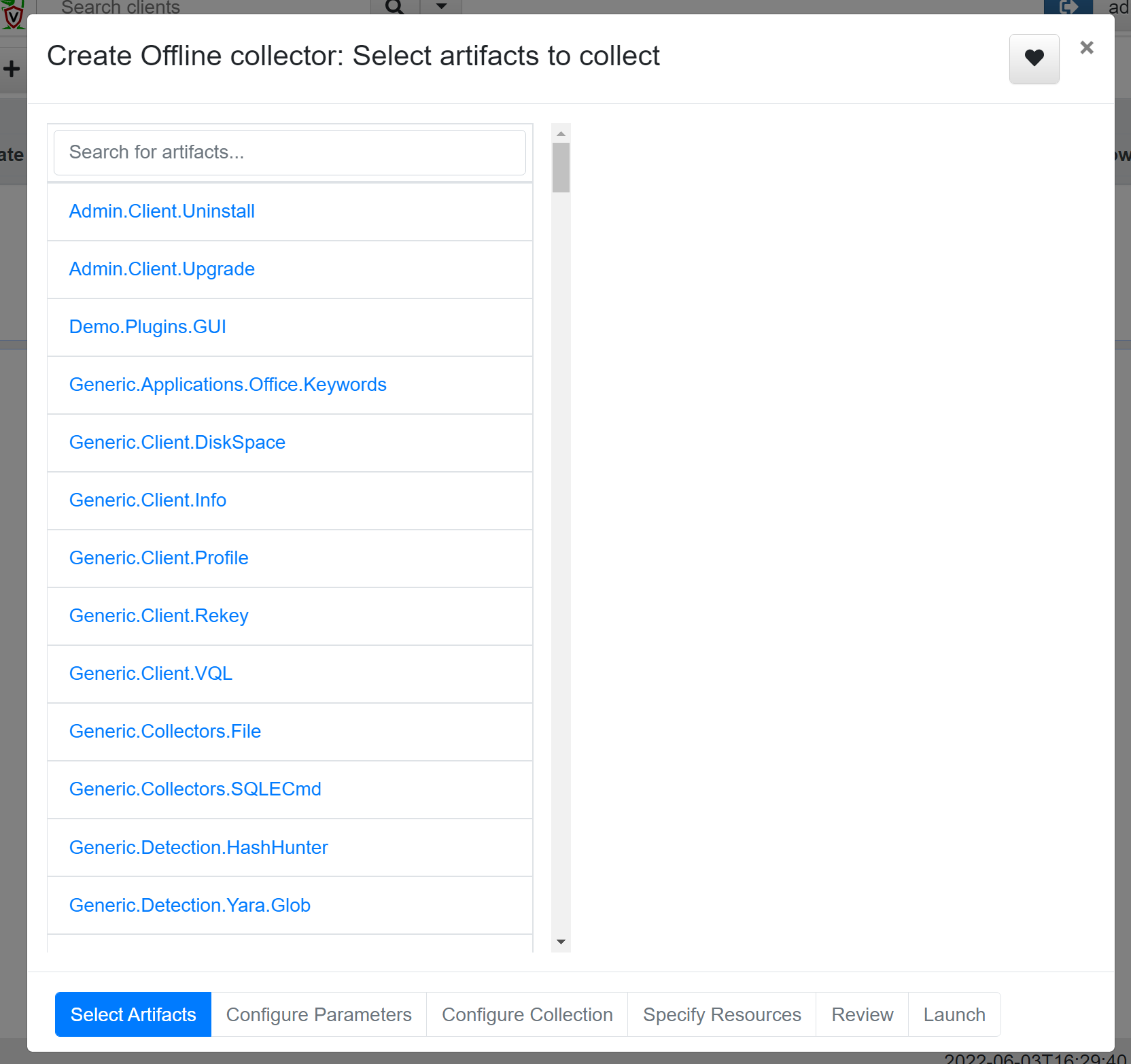 After selecting Windows.KapeFiles.Targets and Windows.Memory.Acquisition go to the Configure Parameters tab at the bottom. This will show the two selected artefact modules. Select thereafter the Windows.KapeFiles.Targets module, which will give a wide range of artefacts to collect. I will recommend to choose the _SANS_Triage artefact list because this gives a wide range of artefacts, and will cover most use cases. 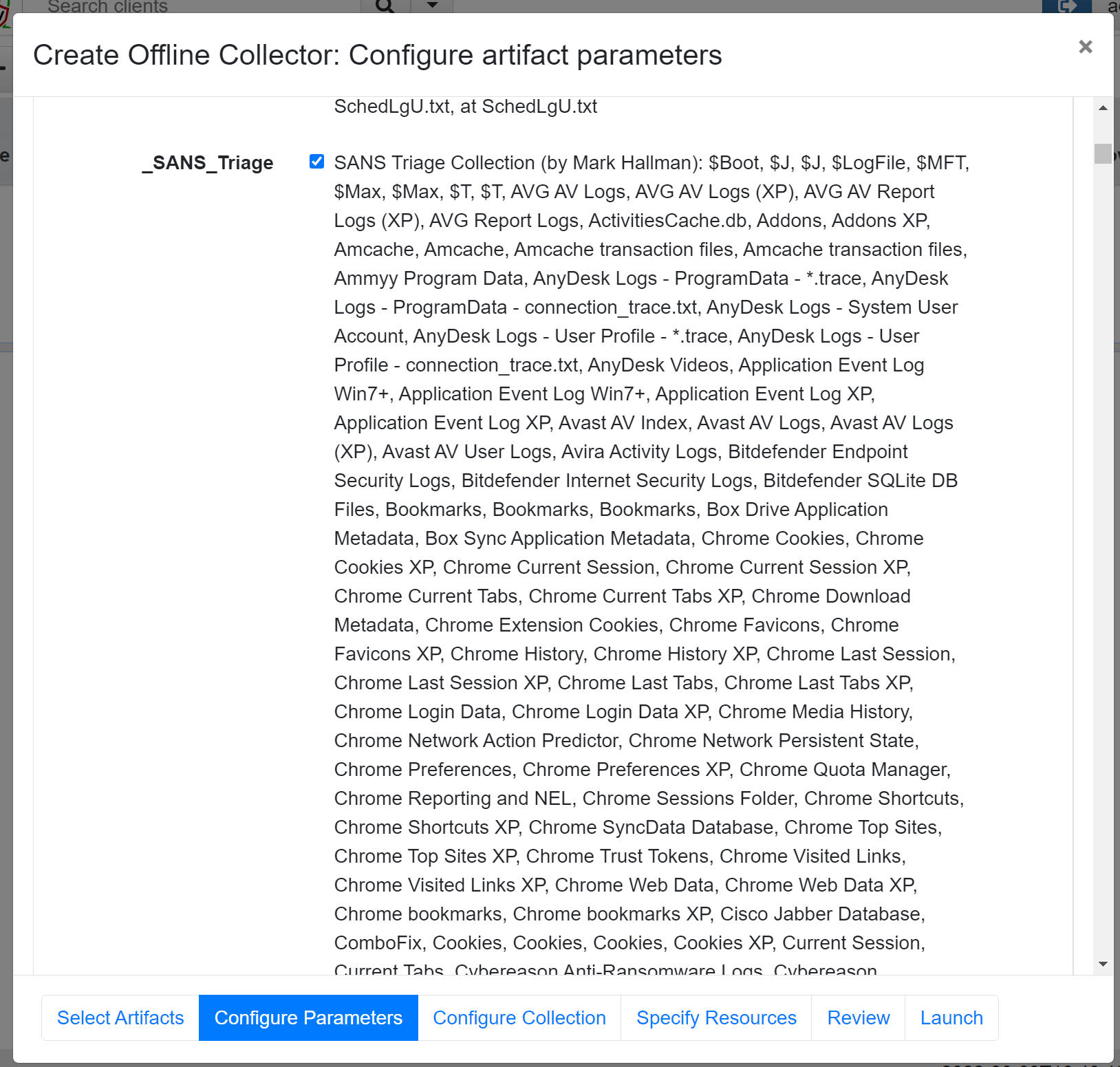 This is really smart if we have ie. a timesketch setup, that automatically handles the collected artefacts being uploaded and creates a timeline in timesketch. 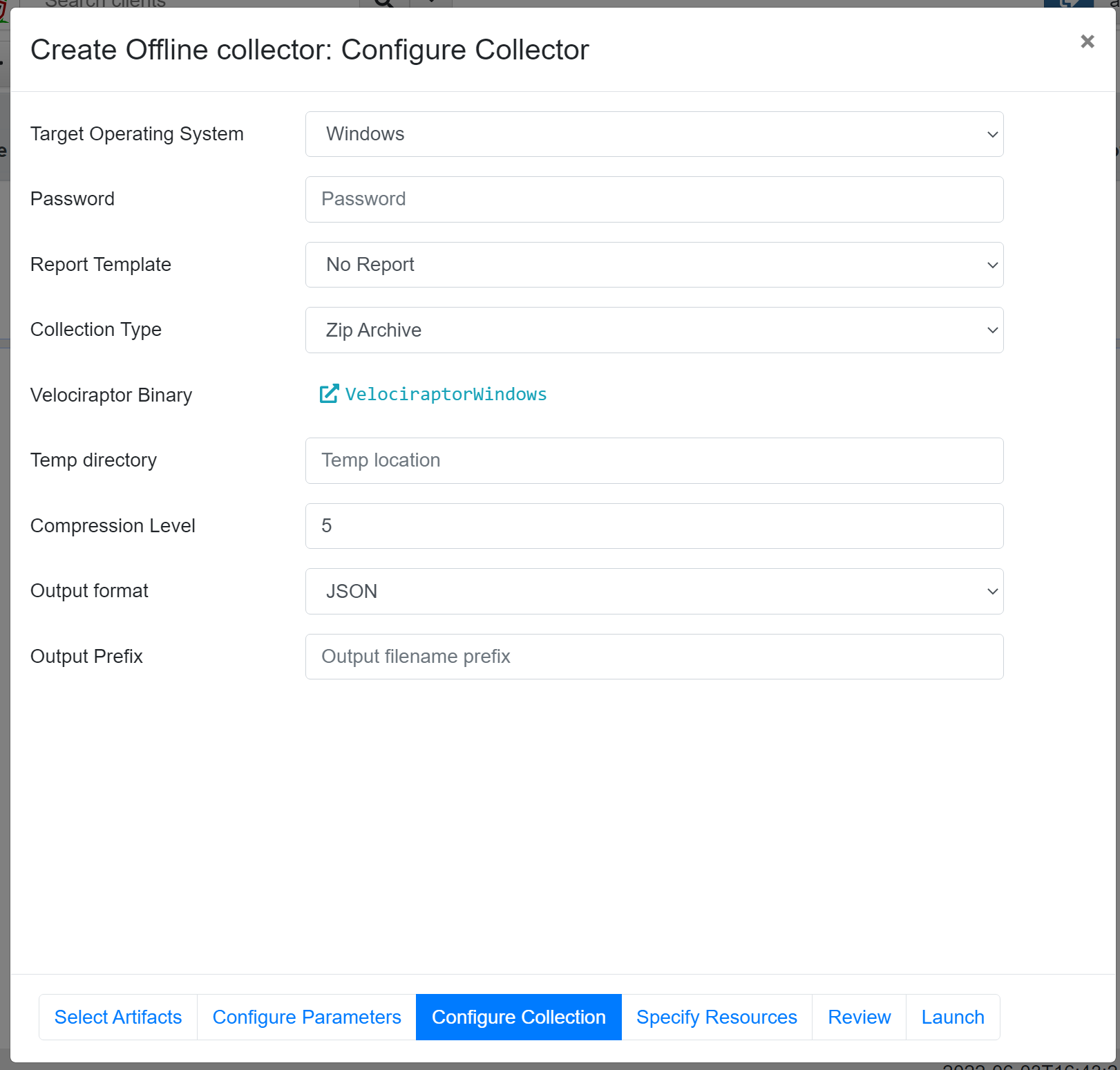 In the Specify resources tab we’ll be able to set a limit on the resources used by the Velociraptor collector. As a standard the CPU limit is set to 100% and max execution is 600 seconds. Since we are collecting memory also, this might take a while, so I would recommend setting the max execution time a bit higher eg. 900 or 1200 seconds 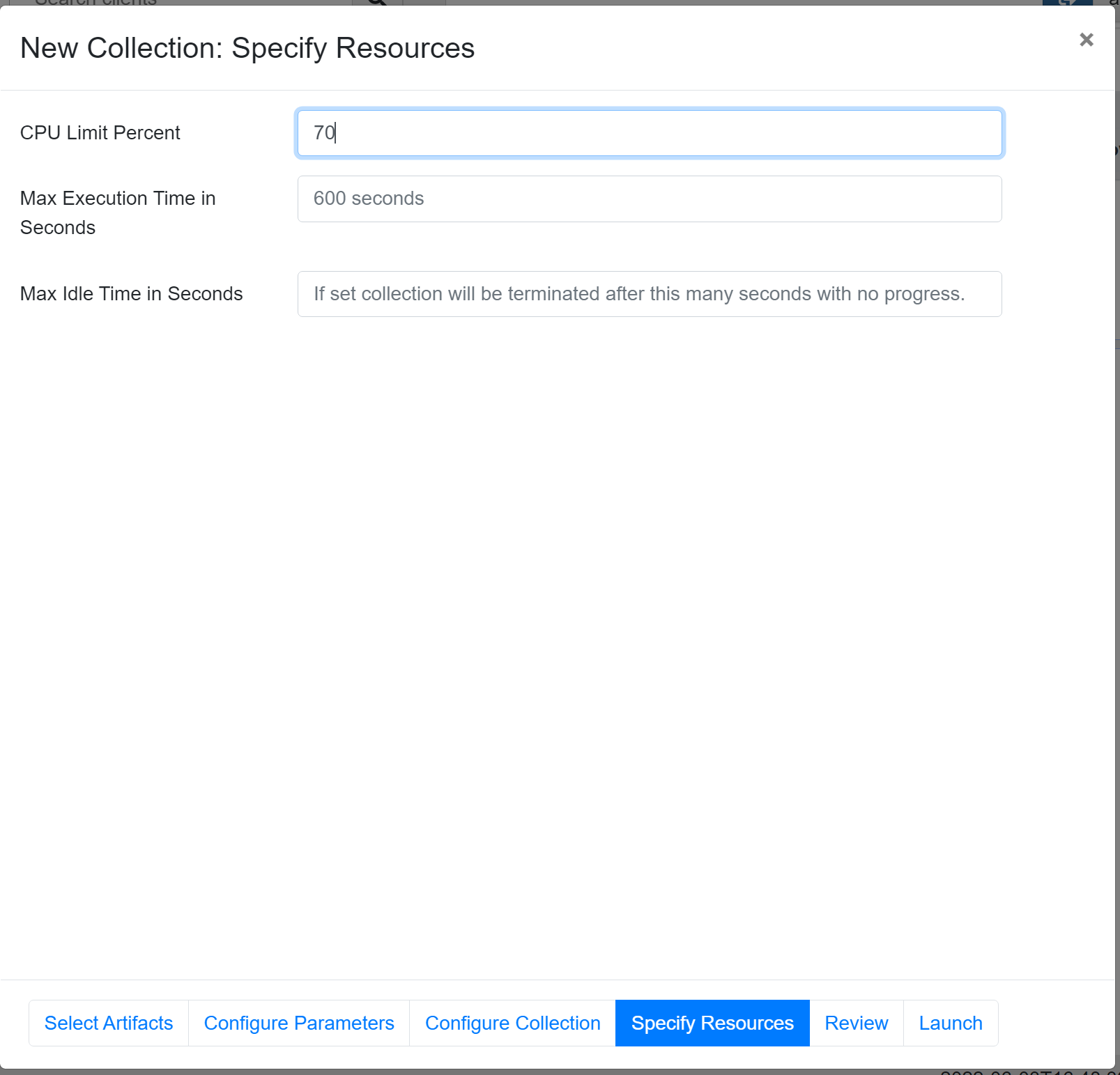 Once done with the different configurations, we can go to the Review tab, check the configuration in JSON, and from there go to the Launch tab. Launch tab will check all prerequisites including downloading the WinPmem executable from the Velociraptor repository. The neat thing with this, is that Velociraptor will embed the executable in to the Collector executable, so we wont have to deal with multiple executable.

Once all is green on the Launch tab, we can click the newly create collection and go to the Uploaded Files tab as shown below. Here we’ll be able to download the newly created collector executable. 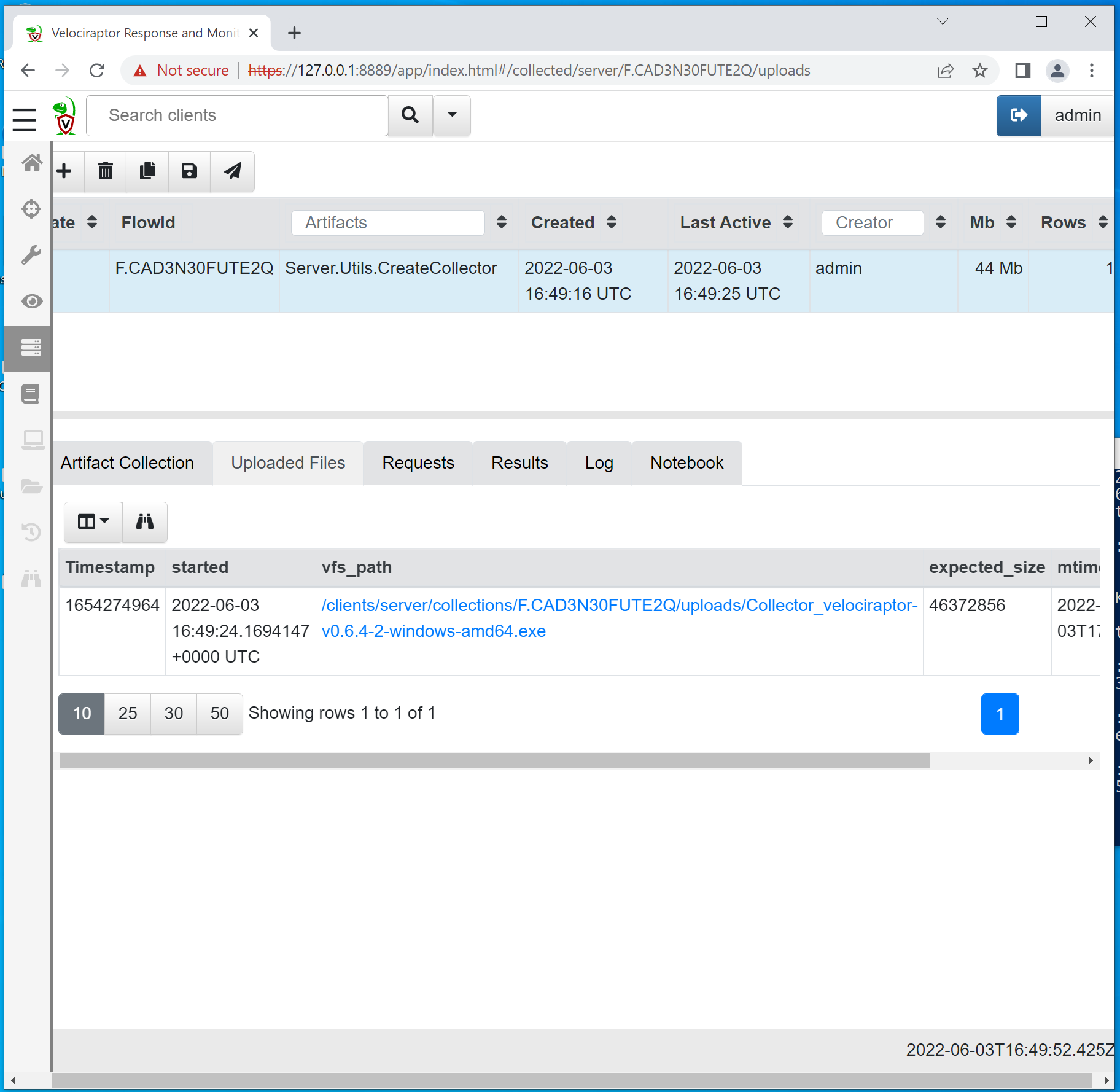 We can now copy this executable to the host we want to collect from and run it as administrator.

The collector will open up a new window showing all the different files being collected, and close it self as soon as it is done collecting. After collecting we can then copy out the zip file to our investigator host or go to the uploaded file in our Google/AWS/SFTP bucket 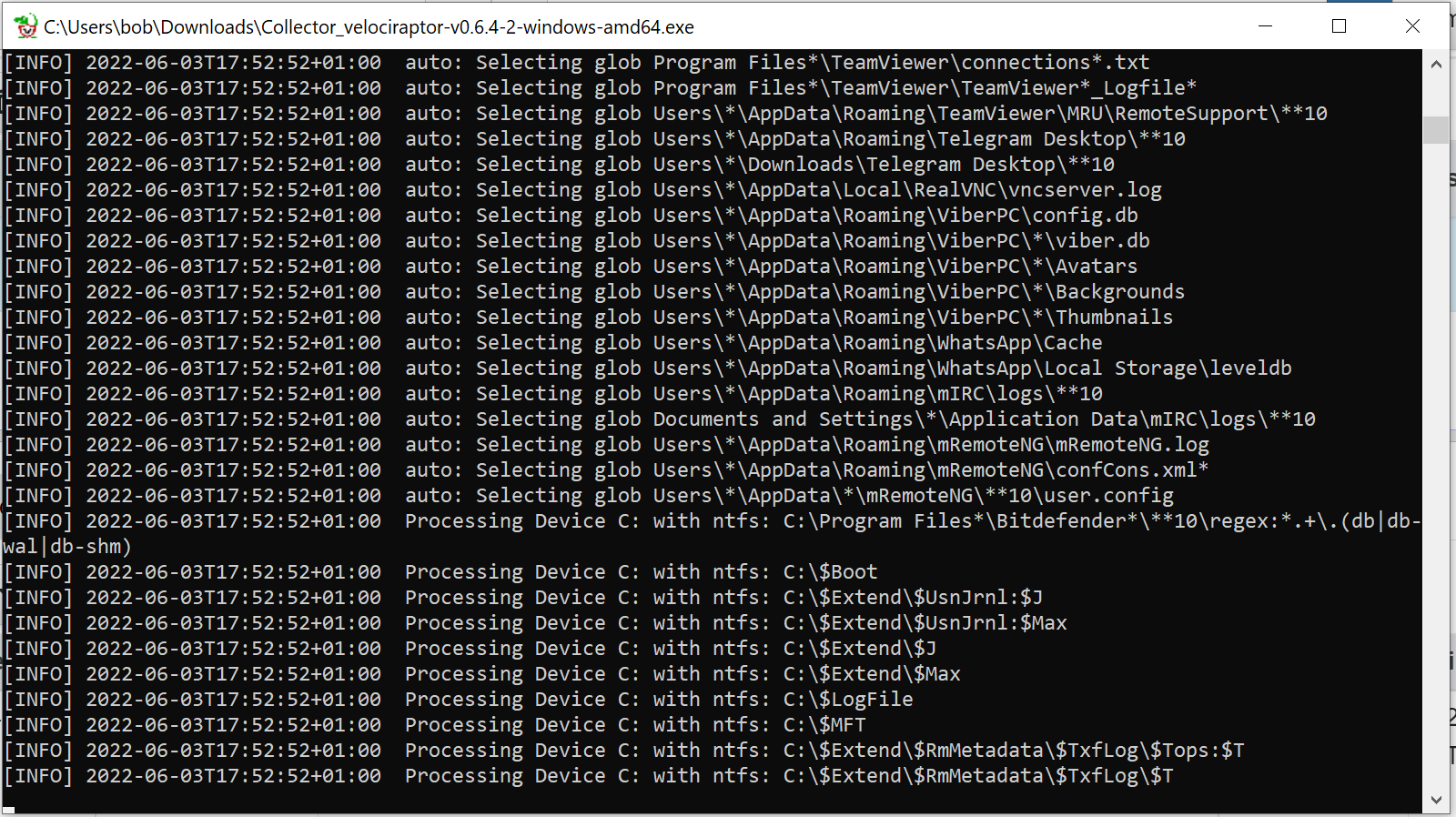 Once the yaml file is re-configured, we can repack the collector using the following command:

We can also verify the configuration using the following command: