I read the blog post by Carlos Cajigas and saw his YouTube video demonstrating some really neat Velociraptor tricks including usage of the build in geoip() function, which can be used to enrich artefacts in Velociraptor hunts. This inspired me to write this small blog post where I’ll quickly run over how to use geoip().

This could be useful if you for example know hosts normally only connects to IPs located in the US, Ireland and UK and want to spot that specific process that connects to something else, or if you are on the lookout for processes connecting to hosts in a specific country etc - insert your own use case :-)

In Velociraptor there’s an artefact called Windows.Network.Netstat, which pulls an overview of connections done by Windows hosts - just as if we had opened a command line prompt and typed in netstat. That way we can see what the hosts actually connects to at the moment. Below is a picture of the artefact in Velociraptor. 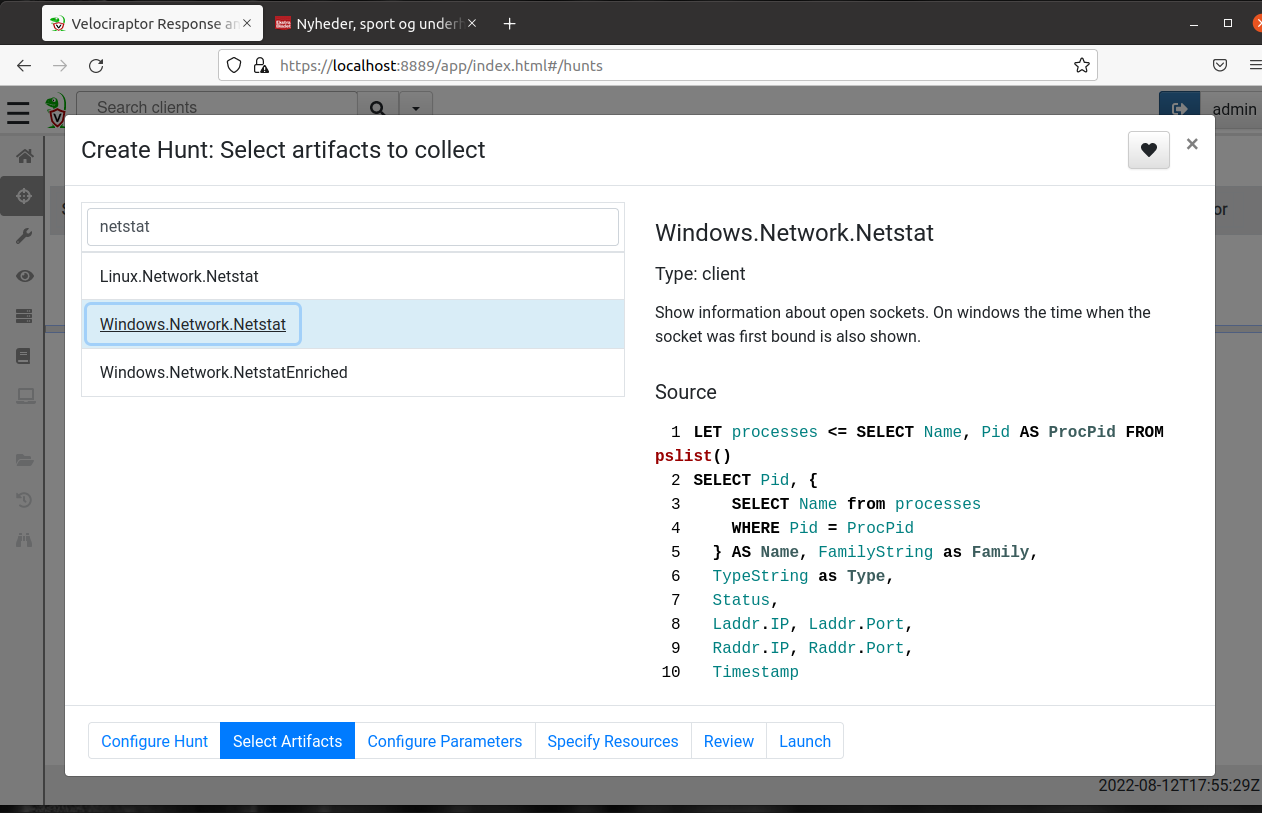 Once the hunt has run on the host(s). The output should look like the image below, which is multiple pages long.

From the picture above we can see that the netstat output shows Raddr.IP which is the remote IP that the host is connecting to.

Looking at an IP and telling where that IP is located in the world can be hard, so to make that easier we can use the GeoLite2 Free database from Maxmind. This is a database that can match an IP up against ie. country, city or ASN number. In this blog I am going to use the GeoLite2-City.mmdb database.

Now with the database downloaded from GeoLite2, we can go ahead and start using the geoip() function build in to Velociraptor. The function will take a list of IPs and look those up in the MMDB given.

The VQL statement above will use the geoip() function to add country names to the artefacts collected. After that it will look for only ESTABLISHED connections, and filter out connections to the US. It then groups by country and orders by count.

The query gives the following output.

As seen above, there are a couple of connections to Ireland, some to Denmark and then some to the UK. This could give a really easy overview off the different countries and IPs that the hosts in the environment are connecting to.

EDIT 13/08/2022: I’ve was asked if its possible to add city and autonomous system number (ASN) to the IP’s also, so the VQL below shows how to use the geoip() to add city name. For the ASN number, I’ve downloaded the other free Maxmind database GeoLite2-ASN.mmdb.